An end to homelessness: the power of transitional housing 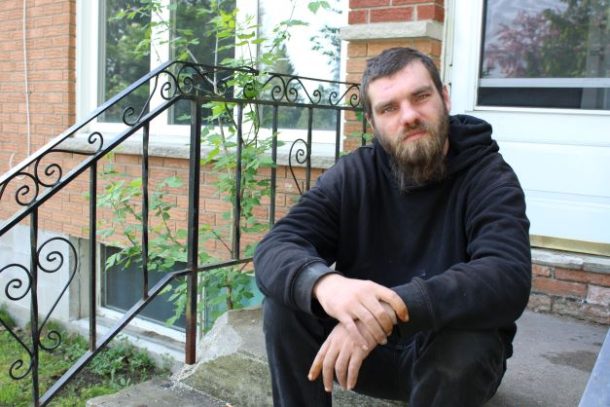 “It’s very expensive,” says the soft-spoken Huntsville community member. “Not enough rooms for rent, not enough apartments to rent for under $1,200.”

The housing crisis, and the limited availability, fierce competition, and skyrocketing prices it has caused, has disproportionately affected marginalized community members, including people who live with the label of developmental disability. Homelessness is a stark reality. And it is getting worse.

Brian bounced between motels and hotels and other makeshift arrangements, never secure. Beset with uncertainty and instability, it was difficult, if not impossible, to build trust, benefit from social services and community supports, or realize self-worth and community belonging.

Community Living Huntsville took innovative action with its Transitional Housing Initiative. It leased a pair of two-bedroom apartments and offered them to young men it supports, who have developmental disabilities and were homeless or at risk of homelessness. The men could have an apartment for up to four years, while accessing Community Living Huntsville supports and services. In return, each person would commit to intensive housing-related courses and programming, plus community building, to build their skills, connections, and confidence, while working with support toward securing a permanent place to live. It is all about supporting people to have equal access to housing opportunities in their community.

Brian was the first person to move into one of the apartments. “I thought it was great,” he says. “It’s nice and quiet.”

Not only is the apartment in a neighbourhood close to public transit and downtown services, it also meets one of Brian’s personal needs: it has space for his vegetable garden. He grows things like summer squash, cucumbers, tomatoes, and carrots. He has built a relationship with a neighbour, who also enjoys gardening. Stable housing has given Brian consistent access to programs, services, and choice, so he can build his life and community.

Chris Jordan-Stevens, Supervisor, Supported Independent Living for Community Living Huntsville, knows housing is a basic human right. Without it, people are deprived of the stability everyone needs for a full and happy life, unable to fully participate socially and economically in their community, and easily pushed to the edges of it.

“Access to housing shows certain assumptions about people with disabilities are not only inherently wrong, but also dangerous,” he says.

Brian says he likes his apartment, but wants a place of his own. And he knows when he is able to find it, his apartment will open to another community member. 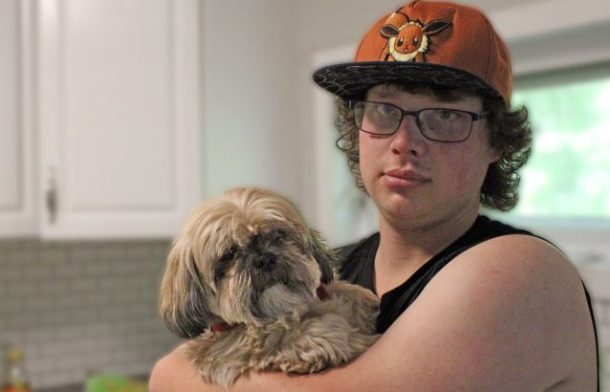 Travis, who also lives in a transitional housing apartment, feels the same way.

Travis had to leave his previous housing and wasn’t able to find a new place in the COVID-19 pandemic. Prices spiked and competition was aggressive. Ideally, he would like to build his own house. In the meantime, he wants an apartment he can share with his best four-legged pal, Lucky.

“It has to be pet friendly,” he says. Travis has had particular difficulty finding a place because he needs one that will welcome Lucky. “Lucky is the friendliest dog,” he says. “I’m not giving him up.”

Travis and Lucky have been together for years and they have a strong emotional bond. Lucky isn’t allowed to live in the transitional housing apartment, but he can come visit, conditionally. It is one of the reasons Travis likes living there. He also likes that he has access to Community Living Huntsville team members, support, and programs.

Team members have supported Travis to find employment, access community-based services, and navigate the ODSP system, as examples. And they will support him and others in transitional housing to build housing-related skills, apply for apartments, prepare for interviews with landlords, and find places that meets each person’s needs, too.

Community Living Huntsville is dedicated to supporting and advocating alongside people in innovative ways. Its Transitional Housing Initiative has already changed lives. The initiative depends on fundraised dollars, donations, and charitable grants to continue and change more.