Advocating for inclusion since 1962

Today it would be hard to imagine a world where children were sent away from their homes and communities because they lived with developmental disabilities. Prior to the 1960s, this was the reality for many families in Muskoka. Parents and caregivers were advised to send their children to a residential institution to receive the supports they needed. Institutions like the former Huronia Regional Centre in Orillia and the local Lakewood Nursing Home in Huntsville were far from ideal. Here children and adults lived in segregated buildings and had little to no choice in their daily lives.

By the 1960s, a change known as the “community living movement” took hold across North America. This grassroots movement held the belief that all people had a right to be part of their community, just as they are. With the right supports in place, people living with developmental disabilities could stay in their own communities and participate as valued citizens.

In Huntsville, parents of children with developmental disabilities started the Blue Horizons Nursery School. Run by volunteers out of church basements, the school was part of the shift where inclusion could be possible.

By 1971, this progressive group established a not-for-profit organization and hired its first two part-time staff. The organization expanded its services to support older children and adults through skills programs and group homes. 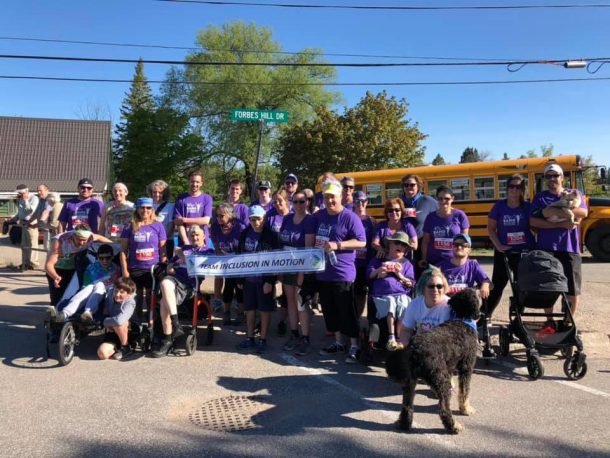 Today, Community Living Huntsville continues to adapt and change, just as we have always done. We support over 300 children and adults in Huntsville and their families in the surrounding districts in Lake of Bays and North Muskoka. We are a proud employer of approximately 80 people in our community.

One thing remains the same through all these changes. Community Living Huntsville continues to support the growth of an inclusive community where everyone’s voices are heard, their decisions are respected, and their contributions are valued.