Huntsville man moves out on his own with Community Living support 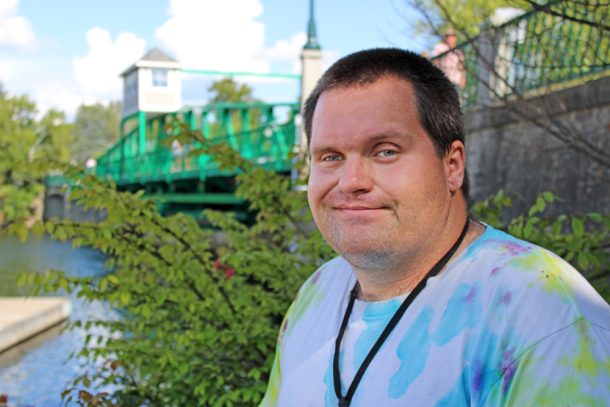 Coulter White says staying in Huntsville was important to him, so he could keep his connection with work, friends, and community. Photo by Community Living Huntsville.

Coulter White made a serious life decision in 2021.

Earlier that year Coulter, a Huntsville community member, decided to move out on his own for the first time. His family was moving out of town, and so Coulter had to choose. He chose to stay in Huntsville.

It was not a decision he nor his family made lightly – it’s a big decision for anyone to make – but he says it was important to him to stay in his community.

“Because I have friends and jobs here,” says Coulter. “And my activities.”

Knowing he would have support from Community Living Huntsville and its Supported Independent Living team, if he needed it, made the decision easier. Coulter could exercise his self-determination and independence – and there would be a reliable team nearby to help him foster it.

Coulter says the move into his new apartment went well. And he enjoys now living on his own. He says he likes having his own space where he keeps all his own stuff – especially his movies and music – and makes his own meals.

And he says that so far he is doing well.

Christopher Jordan-Stevens, supervisor for Supported Independent Living at Community Living Huntsville, says the team’s role is to support people with developmental disabilities in a way that reflects people’s own goals and values, and to make their own choices.

That could include support and skills building around daily living activities, household care and maintenance, menu planning, grocery shopping and meal preparation, support and advocacy for medical, dental, and specialist appointments, budgeting, paying bills, and filing tax returns, and community connection to name a few.

It all depends on the person. And the person always ultimately makes the decisions.

“Coulter’s decision to move into his own apartment was a big step, though we’ve never doubted his ability to choose the kind of life he wants to live. At Community Living Huntsville, we are dedicating to supporting people to set and achieve their own goals,” says Christopher. “Coulter has incredible connections in community and they only continue to grow.”

Community Living Huntsville is a not-for-profit, registered charity that supports and advocates alongside people with developmental disabilities to live, work, and play in unique and purposeful ways in North Muskoka. Find more at clhuntsville.ca or follow @clhuntsville on Facebook, Instagram, Twitter, Linkedin and TikTok.