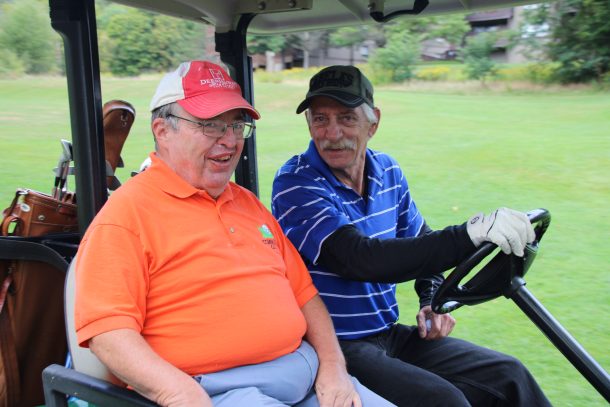 Friendly laughter, encouraging cheers, and only occasionally some lighthearted groans filled the air at a Muskoka golf course in September. 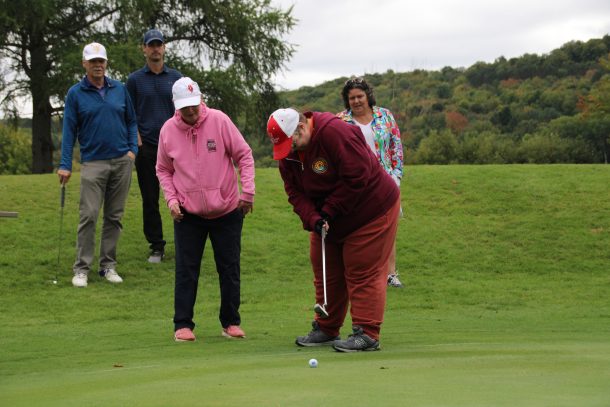 “I came to hang out with my friends, and to meet people,” says Margo Cybulski, a tournament participant and community member supported by Community Living Huntsville. She said the event helped her do just that. “I had a good time.”

She also rocked a solid golf game. Margo, an avid golfer, led her team in sinking putts. She was also one of the few tournament participants who knocked a golf ball into the cup during the RBC Putting Challenge, though Al Stobbart ultimately took top spot.

But, as Margo points out, the focus was on fun and community. Golfers connected with each other as much as with their golf balls.

“Oh, come on!” exclaimed on golfer, as they putted their increasingly damp and gritty marshmallow only slightly closer to the pin on the green.

“We figured out it’s all about the position of the marshmallow,” explained another golfer, whose team had clearly spent time developing a strategy. “You want it to roll on its side, rather than trying to send it end over end.”

For at least one team, strategy made little difference.

“We got our marshmallows to the green. One was, maybe, 18 inches from the cup, and another two were further away. But then a seagull came in and picked up our marshmallow and flew off with it,” says Myke Malone, a tournament participant and board chair for Community Living Huntsville. “Of course the seagull had to take the one that was closest to the cup.” 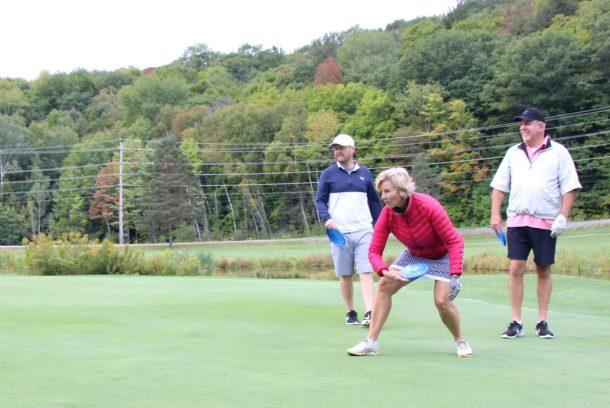 Other challenges saw teams throw their golf balls from the tee by hand, or use only one club for an entire hole. The most notorious challenge – even more so than the marshmallows – was when teams replaced their golf balls with Frisbees.

The wind seemed to have as much fun with the discs as the golfers did. Many Frisbees gilded gently, and deeply, into the ruff as they were carried off by the wind. Sighs and laughter ensued. Many teams shared their Frisbees with others who had lost theirs, or helped them track down wayward discs, getting to know each other in the process.

Myke says the tournament was the perfect way to spend the day on the course.

“I like to have fun and I knew today would be a fun day,” he says. “This was a great way, whether you’re a golfer or not, to get out on the golf course, have some fun, play some games, and meet people, without taking the game too seriously.”

He noted the relaxed pace of the event also offered teams like his a chance to get to know the teams ahead of them, and the teams behind them.

“We actually got to chat for a bit, so there was a little bit more camaraderie,” he says.

And that was the point.

“We have been able to come out, golf, be included, whether you have a disability or not, and have fun,” says Myke. “And it’s a great way to show how you can have fun on a golf course without just chasing that little white ball around.”

Community Living Huntsville is a not-for-profit, registered charity that supports and advocates alongside more than 300 people with developmental disabilities, and their families, to live, work, and play in unique and purposeful ways in North Muskoka. Our organization celebrates its 60th anniversary in 2022. Learn more at clhuntsville.ca. Follow us on Facebook, Instagram, Twitter, Linkedin, and TikTok. 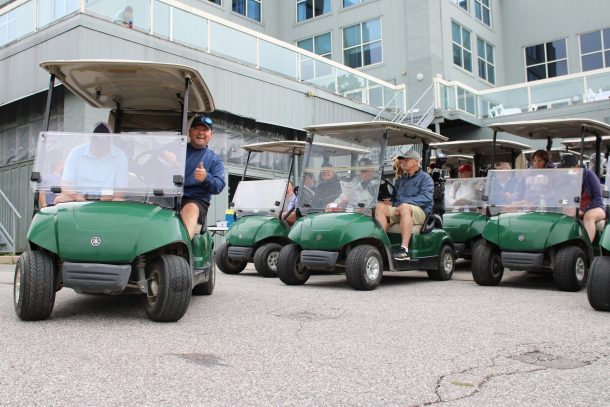 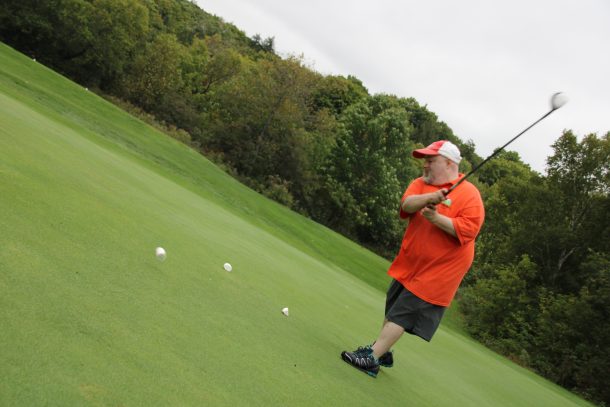 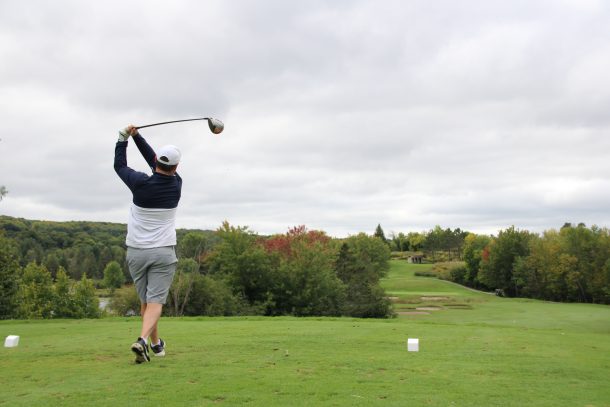