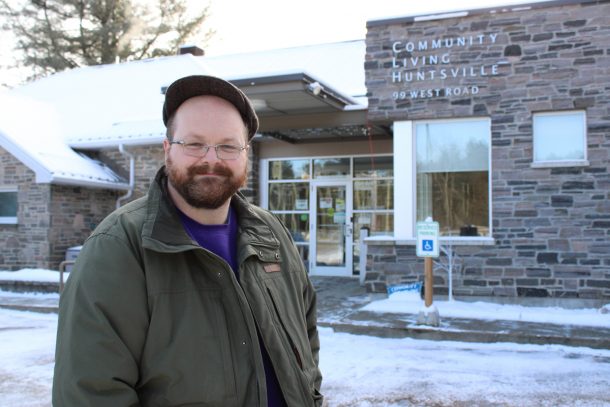 Housing is a basic human right.

But he noted barriers to housing for people supported by the not-for-profit organization had deepened.

“Housing has become increasingly unaffordable. … We’ve also seen huge diminishment of public housing and rent-geared-to-income housing,” he said. “And a lot of people we support, they are living at or below the poverty line, so they are really struggling to secure independent housing for themselves because they can’t afford to on an ODSP budget. It’s that simple.”

The District of Muskoka’s 2021 Annual Report on its 10-Year Housing and Homelessness Plan stated Muskoka’s median employment income of roughly $26,900 is 21 per cent lower than the provincial median of roughly $33,900. And rental unit vacancy remained low at roughly 1.13 per cent in 2020, a factor in driving up competition and prices. Provincial information states the Ontario Disability Support Program allotment for basic needs and shelter could be $14,028, annually, though rates vary based on individual circumstances.

Jordan-Stevens said unaffordability was only one barrier. Limited housing near services and transportation that meet people’s needs were others. Without housing, he said, a person loses the stability needed for a full and happy life, and is easily pushed to the periphery of their community. And, given history, housing as a right has added meaning for persons with developmental disabilities.

“People with developmental disabilities, historically, were not treated by government systems as being able to live independently. As a result, many people were institutionalized and segregated – excluded – from their community in really dehumanizing conditions,” he said. “And so, housing has enormous significance for people who are living independently in the community and are labelled with a developmental disability. It shows certain assumptions about people with disabilities are inherently wrong and dangerous.”

Solutions to housing access could include regulation for affordability, community land trusts and co-ops, and an increase in inclusive mixed-income public housing developments on publicly owned land. Much would rely on calls for action to municipal, provincial and federal governments from united community advocates.

Community Living Huntsville, in addition to its long-standing Supported Living and Supported Independent Living services, continued to advocate to all levels of government and remained an active Muskoka Housing Task Force member.

And the not-for-profit launched a transition home pilot project for low-income young men with developmental disabilities who have experienced periodic or chronic homelessness. The aim is to support tenants in building stability, skills, and connections to transition to permanent housing.

While the first version started roughly two years ago, the current version started in September 2020. The initiative has benefitted from a co-operative and supportive landlord as well as collaboration with the District of Muskoka for rent subsidies and other resources.

“When we give people experiencing homelessness a stable place to stay, and then some support, we’ve actually seen them take great strides in creating stability in their lives. People are getting and maintaining employment, people are getting their mental health taken care of,” said Jordan-Stevens. “Without the stability of a home, none of the support we offer is as effective. We connect people to services, but when people are homeless, connections are hard to make and they often fall through because lives are so unpredictable.”

But the transitional housing model is not ideal.

“The ideal, when it comes to addressing homelessness, in my view, is actually giving people access to permanent housing, first, with the right amount of support,” he said. “Research suggests that is the most cost-effective and clinically effective way to end homelessness.”

“We have to come together as an entire community,” he said.

This story was first published by Community Living Huntsville in October 2021 as part of our 2021 Annual Report.